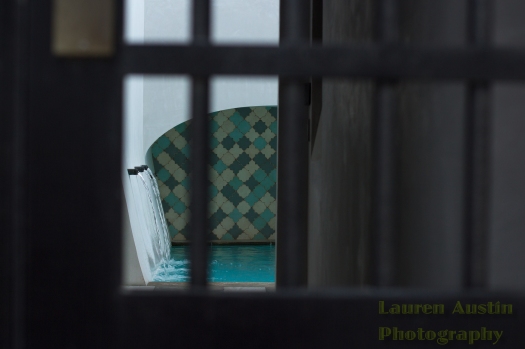 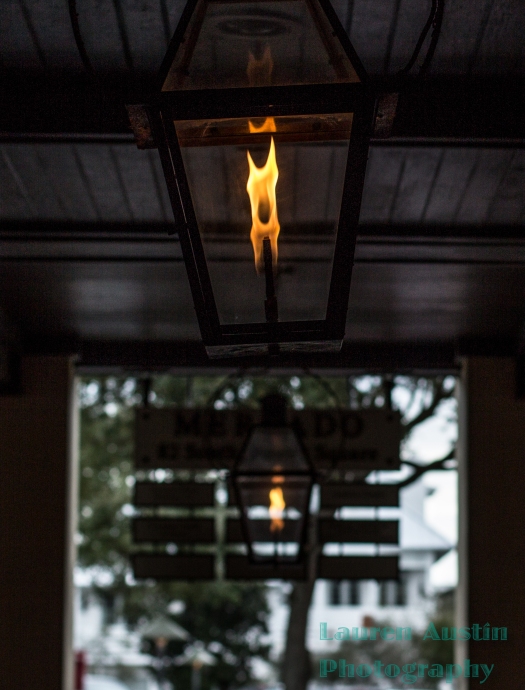 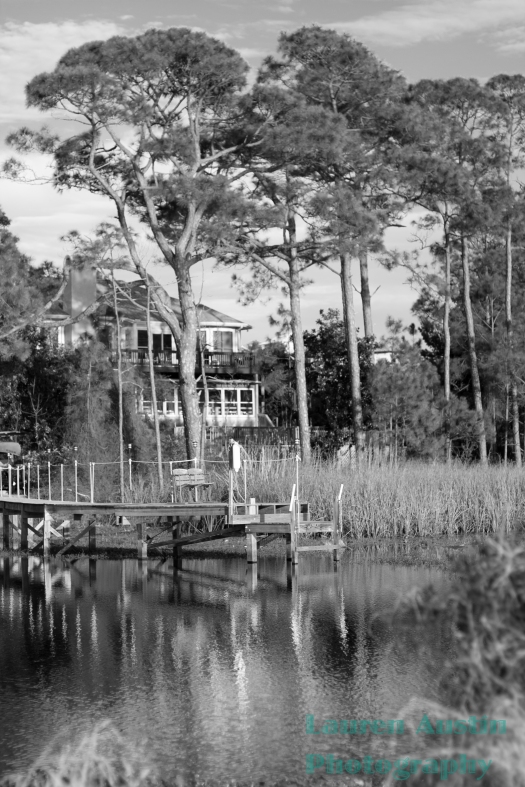 I know I haven’t posted in a while.

I break the silence (perhaps only momentarily) with a list of 20 of my favorite things!

7. A hot shower in the middle of winter

Hooray!  That was fun!

Seriously.. I’ve been obsessed with Ethiopian cuisine ever since we visited Abyssinia Ethiopian in Chicago two months ago.

I promptly bought the zine Papa Tofu Loves Ethiopian Food and have been preparing Ethiopian food at least once a week ever since!

I have finally perfected injera and I’m planning to have a friend over to test it out this Friday! Hooray!!

Ethiopian cuisine? I adore thee and would be perfectly happy eating you every day of the week for the rest of my life! Check it out in your city!

Today we take a trip back in time to Camden Lock Market in London. My what a funky-fresh place! 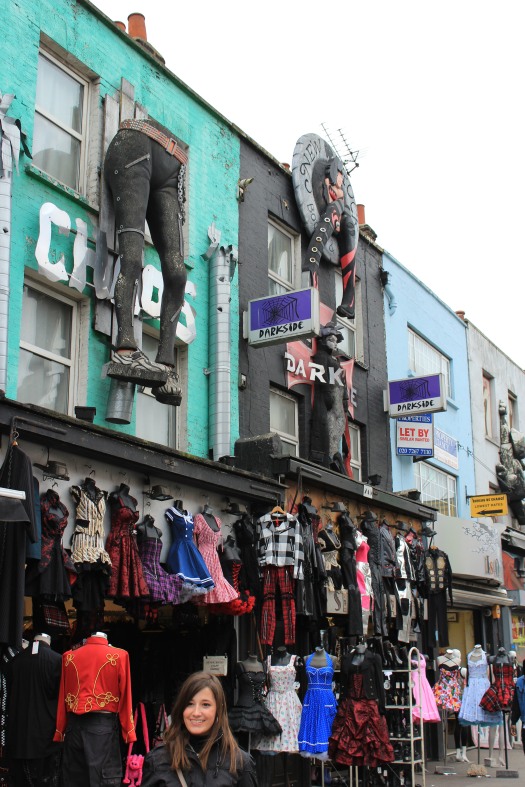 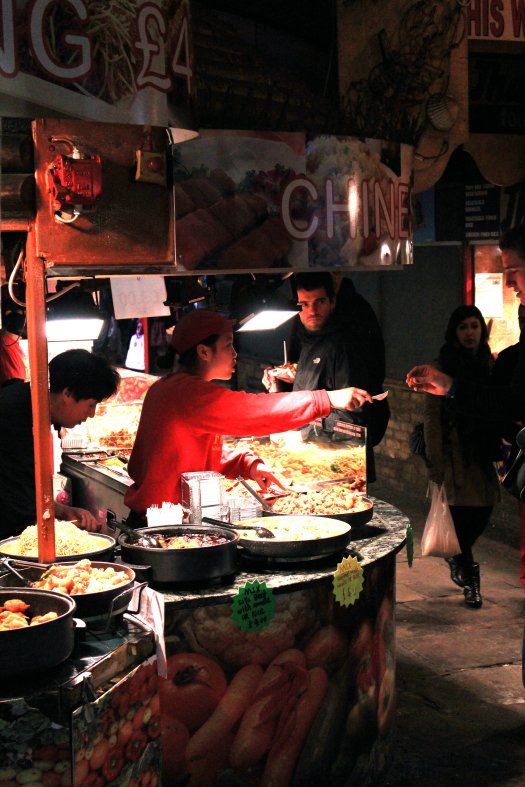 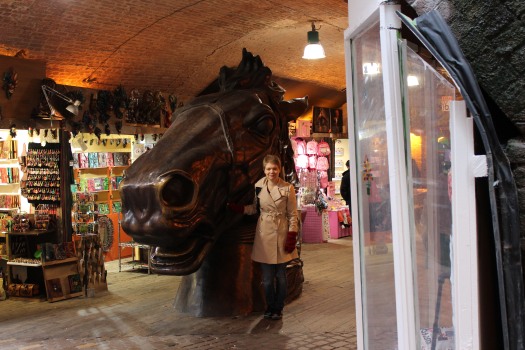 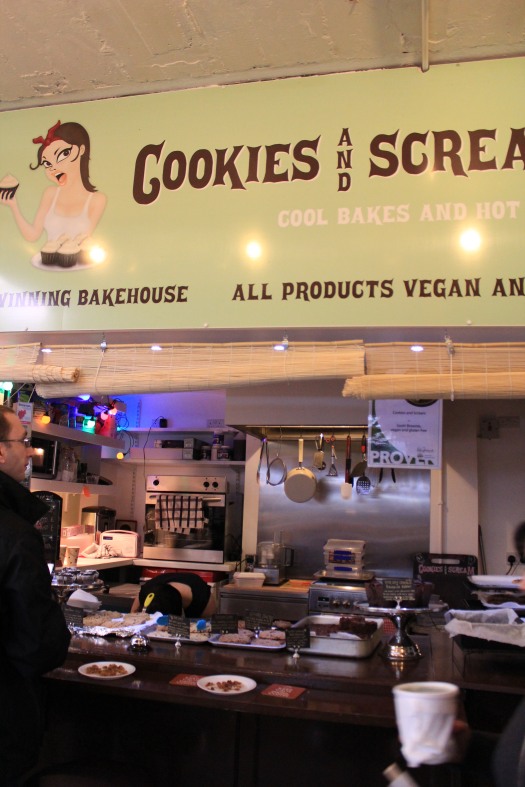 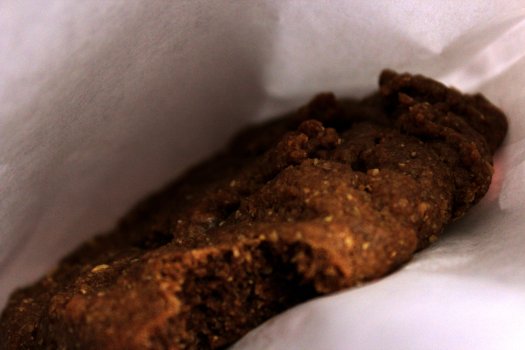 Oh yes, this cookie was heaven. As was the peanut butter bar the size of my head that we nabbed for later.

I’ve been an absentee.

I hope some of you are still with me.

Things have been B-U-S-Y.

I bought some Roku pottery! 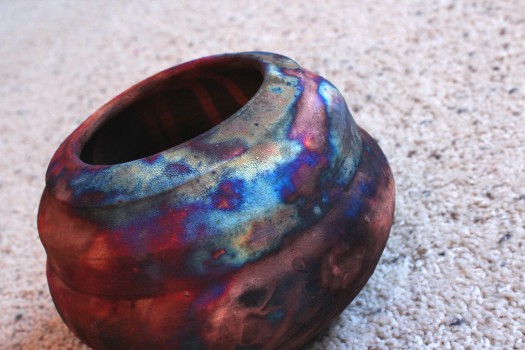 Coffee, almond cinnamon rolls adapted from the Peas and Thank You cookbook.

I’ll be back soon (I hope) with some more random photos of what’s been going on.

For now I leave you with some more shots of our European vacation. Hey: better late than never! 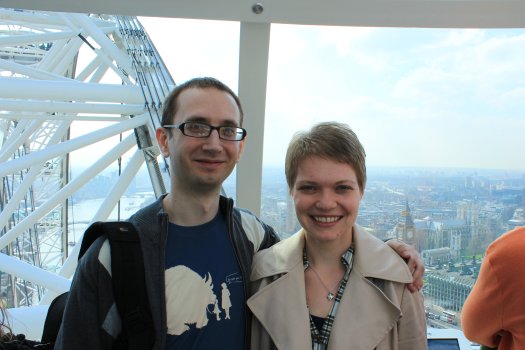 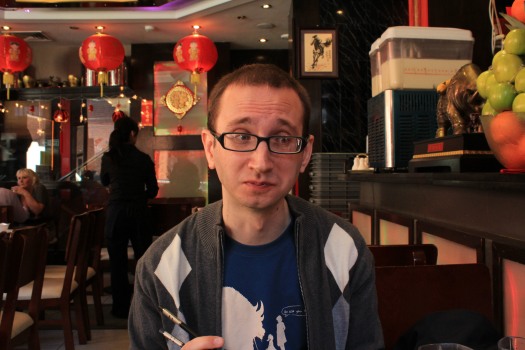 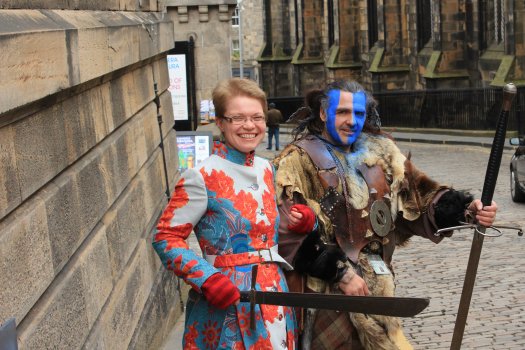 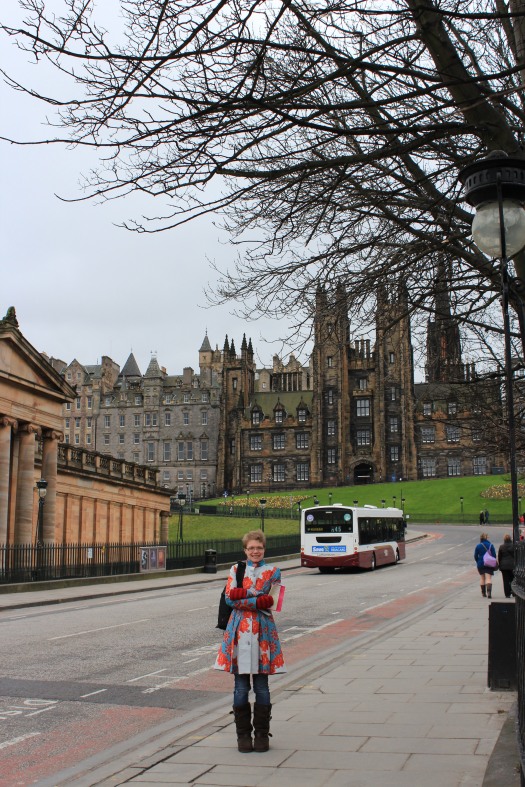 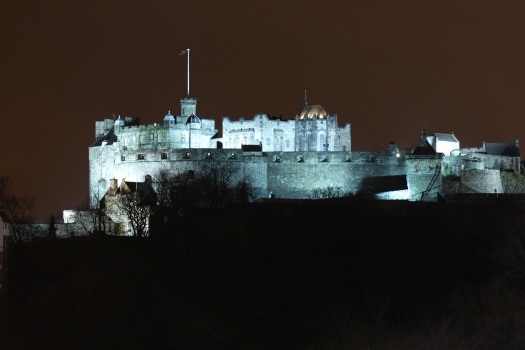 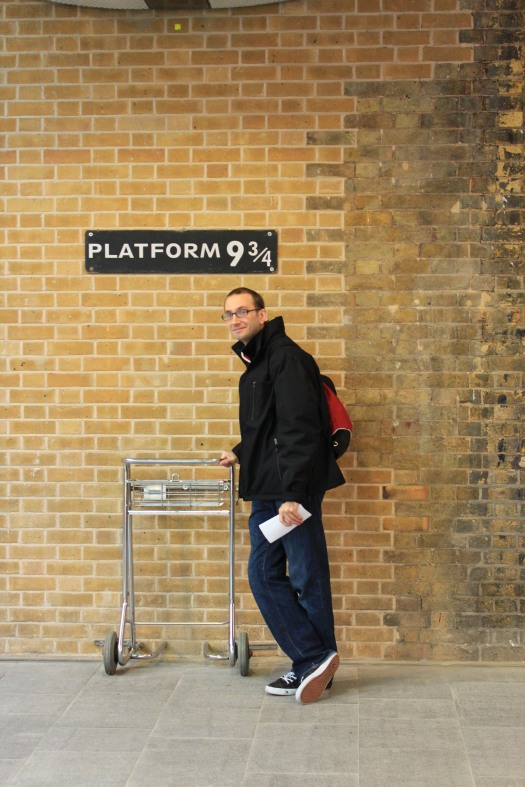 Waaaaay back in March (it feels SO long ago – we’re due for another vacay), when Kyle and I were visiting a friend studying at Oxford University, we visited a quaint little pub.

A vegetarian/vegan pub that our friend claimed has the best vegan burgers – and he isn’t even vegan! After the first taste of my vegan burger smothered in a chutney over a thick bed of fries, I had to agree. I was hooked! 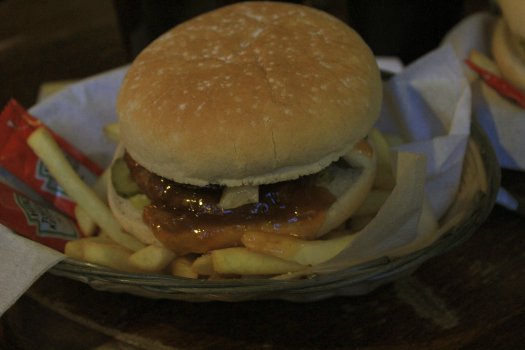 The Gardeners’ Arms has old record covers lining the walls, a cozy fireplace, old tables with armchairs as well as bar stools and there’s a little outside brick area to have a beer – eclectic and awesome. People trickled in and out. I think there was even a couple on their first date the next table over. TGA was the type of place where I could see myself becoming a regular Friday night patron. That’s a hell of a commute, though.

Here are some more random photos from Oxford! =)

The tree in New College where they filmed the “ferret” scene from Harry Potter! 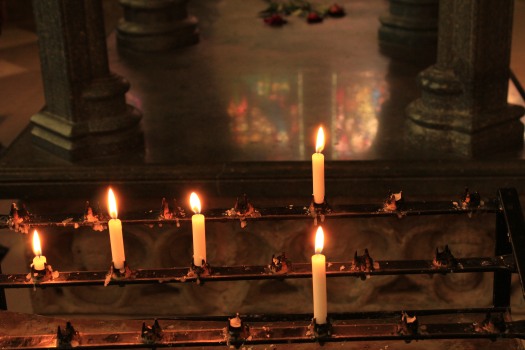 A candle for Uncle Jeff in Christ Church Chapel.

The Divinity School inside the Bodleian Library, the oldest library in the world. They also filmed all of the infirmary scenes from Harry Potter here.

Oh Oxford, how I miss thee. I hope to visit again someday!

Thursday (the 3rd) was my Grandma’s birthday! We celebrated on Saturday by gathering together at her place. Here’s just a sprinkling of her grandkids and great grandkids.. 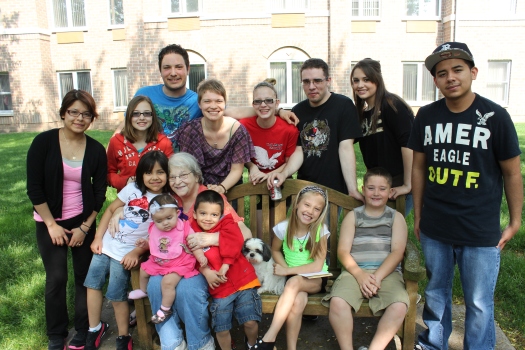 We gathered in a room just off the courtyard to take advantage of the beautiful fresh air. My cousins flew kites while I took photos..

We all gathered around and ate food my parents brought from home, including mom’s homemade tomatillo salsa and chips (my delicious nemesis). My contribution to the combination Cinco de Mayo/Birthday party celebration was homemade vegan tamales!

A combination of my tamale making skills learned from my cousin Norma, the recipe from Veganomicon and watching the “Taste of Peru” segment on Triple D (for the flavored masa idea), I came out with some slightly spicy, enchilada sauce flavored tamales!

There may be more soon. I have tamale husks wallpapering the walls..

Oh. And here’s a random shot from London! (I know it looks like a backdrop but I promise it’s real!)

Just a photo of my adorable niece to brighten your day and bring a smile to your face! 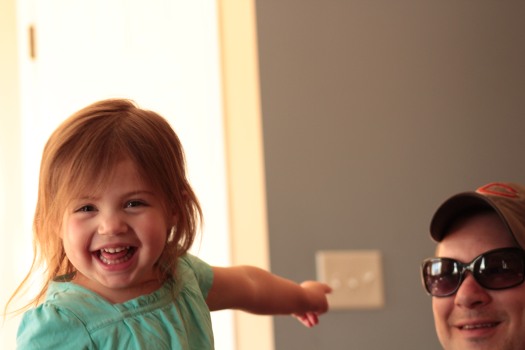 And some cornbread waffles from Vegan Brunch.. mmmm…

I jumped on the bandwagon.

After almost a year of reading about the adoration toward it from fellow bloggies, after picking it up off the shelf and returning it countless times, I finally bought a container of Biscoff Spread.

Oh Belgians, I love your genius!

Now if only I can keep my spoon out of the jar..

You see, we took a trip! 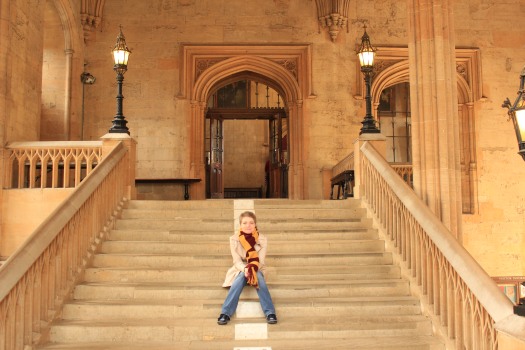 We went to Europe! London, Oxford, Edinburgh and Paris to be exact!

I will try to get posts up with some of our favorite photos soon. My internet connection and the wordpress uploader do not get along. I trust everyone’s Easter was fantastic!